Molly C. Quinn played Alexis C. Castle on "Castle" from 2009 - 2016, and she appeared in "Guardians of the Galaxy Vol. 2." However, those two career highlights are not all she has done by a long shot. "The Shift" (2015) is a short film that Molly C. Quinn did with screenwriter, producer, editor and director Francesco Calabrese. "The Shift" is filmed in a retro '60s style that is fairly convincing, including the title card shown above which has the distinctive "Color by TECHNICOLOR" logo and other details down pat. The entire short is shot in a very vivid color scheme, with lots of neon and so forth which subconsciously marks the era.


However, not all of the details are perfect, including the fact that kitchens back then weren't nearly as spacious as the one in the film is, especially in such a small house. I know, I'm such a nitpicker. But they did get the phone right. So there's that. And they probably had a budget of about $5, so I'm really just saying this tongue in cheek. This is a notable effort to recreate a retro film style - with a twist.


Overall, a great job. I love being transported back to the early '60s. Nice to see that Quinn enjoys doing these shorts which test her acting chops just a tiny bit. However, be forewarned, it is kind of weird, with a truncated exposition and desultory ending. There is some good acting, though, and overall "The Shift" is pretty enjoyable and kinda weird in a good way.

I wish "The Shift" were a lot longer - best recommendation you'll ever hear from me. I'm thinking that same thought is what they want to have happen, that is, to convince someone to fund a complete project. We shall see.

Put "The Shift" on the widest screen you can.


THE SHIFT from Francesco Calabrese on Vimeo. 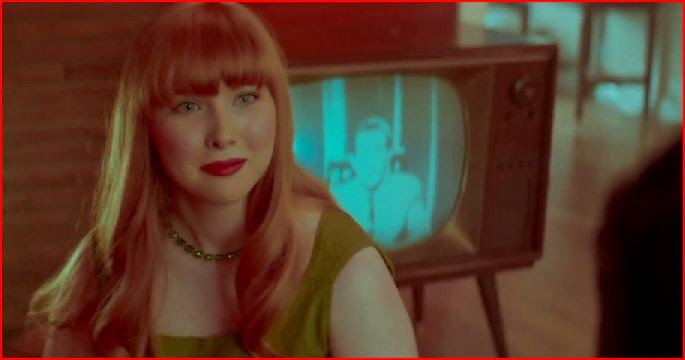 
Give "The Shift" a whirl if you like Molly C. Quinn!