A Pause to Reflect on a Proficient Actor

I don't do a lot of memorial posts on this blog - this is the first one - but Peter O'Toole deserves one.

My first memory of Peter O'Toole is from when I was a small boy. "Lawrence of Arabia" was on a re-release, and my mother and aunt took me to see it. I vividly recall the film, though I was only maybe ten or eleven. The thing that really stood out for me from the instant I saw it was the opening scene of Lawrence, where he demonstrates how important mind over matter is by snuffing out a flame with his fingers.

It's not just that which still stands out from that viewing, however. His singing of "The Man Who Broke the Bank at Monte Carlo" to an empty, echoing desert is also imprinted in my memory, as is the scene at the well with Omar Sharif. And the ride back through the desert to find the lost man, who he later has to sentence to death anyway. What's funny is that I recall feeling a bit confused at the difficulties the character experienced later in the film, not really understanding some of what was going on, and why the character experienced a mental breakdown. Now, of course, it all makes sense, but then, not so much because of my youth. My point is that O'Toole owned that role and really made you see the changes in the character in a way that lesser actors never could have pulled off. He didn't dumb down the role or play to the lowest common denominator, but maintained his artistic integrity throughout. Some things simply are not accessible to young boys who haven't experienced life. And thank goodness for that.

That was probably the single most memorable film experience of my life. 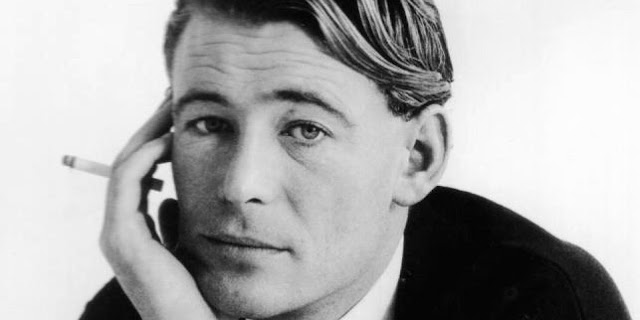 Mr. O'Toole starred in so many great films afterward that it is difficult to keep track. I wasn't even aware that he had been nominated for 8 Oscars and won a special award. He should have won four or five Oscars, as far as I'm concerned, but winning an Oscar is always a dicey proposition.

When you look at photos of the actual Lawrence of Arabia, you see the same maniacal intensity that O'Toole brought to his performance. Now, it may simply have been a fluke that O'Toole so resembled the character. I think that is disproven by all the subsequent terrific acting that he did covering a wide variety of craziness that had nothing in common with T.E. Lawrence.

When you've scaled epic heights like that, a throwaway role in a film like "Ratatouille" is almost not worth mentioning - but for the fact that Peter O'Toole was the best thing in that classic animated film. And, again, Peter O'Toole was the class act of "Troy." And these were films he didn't receive any of his eight Oscar nominations for!

No less a film icon than Roger Moore made an unbidden comment about Peter O'Toole at a seminar a few years ago. He lamented that he wished he hadn't been boxed into spy roles. Instead, without any prompting, he claimed that he wished he could have been a good enough actor to have taken roles such as the one Peter O'Toole pulled off so handily in "Lawrence of Arabia."


"I'd have loved to have been as talented as Peter O'Toole." - Roger Moore

My friends, in my book, you don't get higher praise than that. Good luck and God Speed, Mr. O'Toole.


And, we take our leave of one Peter O'Toole.