"China Beach" from John Sacret Young and William Broyles Jr. is one of Hollywood's great television series, chronicling a difficult chapter in America's history without pulling too many punches. Many storylines and even dialog were taken directly from the experiences and recollections of Vietnam era military nurses. "China Beach" was typical of '80s/'90s shows that wallowed in '60s tunes and sometimes even built entire episodes around them, but unlike other shows that appropriated the music, its use in a show about the Vietnam War was entirely appropriate. The theme song was a classic Supremes hit that was from the time of the events portrayed and started each episode off perfectly. Unfortunately, getting song rights to popular tunes can be prohibitively expensive, and even current shows have that problem, which is why shows usually create their own themes and don't just use whatever is currently on the radio. 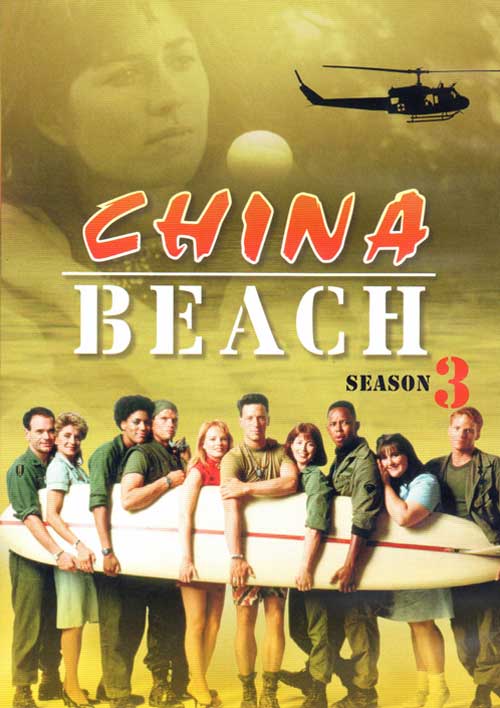 "China Beach" now is available on DVD, but the experience isn't the same as original viewings. There are complaints that some of the final episodes - the post-war ones - aren't included in the "complete series" versions, along with other issues. Fortunately, the original music is intact (for the most part, at least, there are rumors that some of it has been replaced due to rights issues), and that is an essential part of the "China Beach" experience.


Dana Delany stars as nurse Colleen McMurphy. Dana sparkles in this series, and, along with many others, I totally fell in love with her. The chemistry between Dana and Robert Picardo, who plays Dr. Richard, is entirely natural and straightforward. Both have gone on to great careers since, but I think this was their best showcase. Many of the personal issues portrayed in the show may not necessarily reflect real life in Vietnam, but "China Beach" turned into a marvelous as a character study of a beautiful woman with problems of her own making sense out of a crazy world. Picardo, as always, is slightly eccentric, yet emotes that sense of caring and understanding that makes for a great TV doctor. Marg Helgenberger, who also went on to TV fame elsewhere, plays K.C. Kolowski, the camp "bad girl." Naturally, this being TV, she isn't portrayed as really being that bad at all. It's a bit far-fetched that a prim and proper McMurphy and a sleazy Kolowski would become such good buddies, but this is TV and I wasn't in Danang during the war, so who knows.


Back to the "China Beach" music. The contemporary tunes, from The Supremes (perfect theme song, sad and wistful) and other major '60s acts, fits in without being obtrusive. In fact, much more so than in other shows in the '80s and '90s that thought playing '60s tunes during surgeries and so forth somehow made the doctors seem hip, playing an occasional Beach Boys or Cream while portraying the original milieu from which they flowed and were heard gives the show an extra edge.


I really liked the later episodes, the ones from after the war, which is why it is a shame that they are not included in some of the DVD sets. Seeing the effects of their experiences on the main characters' later life made the show seem more substantial to me, like the experience was part of the fabric of real lives and not some phony, caricatured nonsense like MASH (which had its own merits, too, don't get me wrong, but in more comic/political ways). Again unlike MASH, where Koreans were just used to showcase certain doctors' wonderfulness ("Poor Cho Park needs an operation and by God I will see that he gets it!"), China Beach at various times included some fully realized foreign actors, French and Asian. They added real perspective about what was going on over there, the history of the conflict and the effect on the people.  The show stepped outside the box here and there, which was unusual. 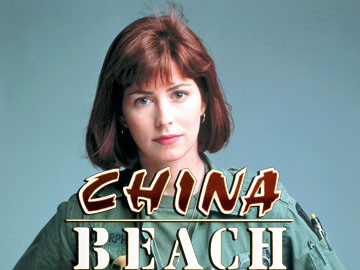 I didn't like all of the supporting characters, but several really worked for me. Troy Evans had a marvelous monologue about a soldier being a hero but getting shot down that sticks with me, and Brian Wimmer was outstanding as a live wire marching to his own tune. Harold Russell made one of his rare appearances, and Tom Sizemore of all people captured a lot of guys' feelings with his tortured attraction to Dana Delany's character. "You won't even remember her name in a year." It's all very involving once you get into it, especially if you actually lived through the war.


"China Beach" had a lot of night-time soap characteristics, but it was the best of its genre, and there really is nothing wrong with shows about relationships. It developed a very loyal following that continues to this day. The show never got great ratings and in fact was almost canceled before getting a reprieve for its final season due to fervent fan support. It deserved the reprieve. "China Beach" gets my highest rating for a TV series, a must-see.