"Elvis and June: A Love Story" (2002), a tale of Elvis Presley's 1956 romance with a local beauty queen, June Juanico, is for Elvis fans, for sure.  But it also is a fascinating look at what happens when an ordinary guy gets hit with sudden stardom. If you're Elvis, you stay true to your mom, and your dad, and your teen romance - up to a point. This hard-to-find film examines just where that point is.


"Elvis and June" apparently came about by chance, when a researcher found an old 20-minute 8mm film stored away in an attic 40 years after it was shot. The color film was shot by a local, Eddie Bellman (the boyfriend of June's mother), and revolves around a boating trip the Presley family took together with June in Biloxi. The focus naturally is on rock legend Elvis, who already was famous at the time, and for that reason alone is of interest. However, it is a surprisingly detailed examination of a passing romance and the effect that sudden fame and time have on it. It is a very real story, and it looks behind the curtain of success to show how real people - not necessarily celebrities - interact. And don't think for a second that this paints Elvis in an unflattering or unfair light - it doesn't. I've personally seen teenagers who simply went away to college that treated their male/female high school sweethearts much worse than Elvis treated June (according to her). Elvis Presley had class and style, and that shines through here.


Elvis is on the rise, a hot young singer on the cusp of mega-stardom. But he isn't quite there yet. Locally famous, he is not yet the national celebrity and movie star that he would become by the following year. One day, at a local performance, he sees the local beauty queen, June Juanico, and arranges a meeting. From there, a romance blossoms, and the families get involved and everyone participates to one extent or another. 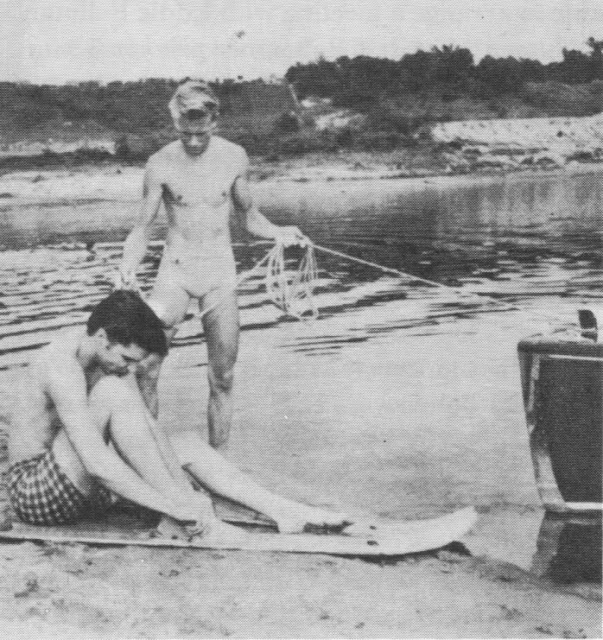 This is a summer romance writ large. It may be the tritest of clichés, but summer romances rarely survive into the fall, and this one didn't, either. After some memorable excursions, most notably a filmed fishing trip (that also apparently involved some water skiing) involving Elvis; the beauty queen and their families, Elvis is called away to Hollywood and essentially never returns. Everything is told in the first person, by the people who experienced the situation, which gives this film an edge that cuts through the celebrity factor and makes this a very real tale.


Unfortunately, the one key voice that is absent, save for some contemporaneous radio recordings that essentially deny the entire tale, is that of Elvis himself. But since everyone who does comment treats him with obvious reverence, it is difficult to see how this detracts from the film at all, as they bend over backwards to be fair to him, perhaps sometimes at their own expense. The evidence of what happened speaks for itself and needs no additional confirmation. This is not the Elvis you would know from the celebrity biographies. He is a polite young man who addresses people as "Sir" and "Madam" and who is tender and affectionate. However, one can well read a bit deeper and see a flirtatious young man following his hormones a little too deeply for everyone's good. The wonder is that Elvis seemed to feel a sense of obligation to the young woman well past the point where he obviously had moved on to other attractive young things, and made a last, feeble stab at continuing his relationship despite drastically changed circumstances. This is hardly a story unique to Elvis, and thus has a sort of universality to it which makes this more than simply a quick biographical sketch, but also less than that, because the story is so mundane and almost banal.


A few caveats are in order here.  I will not go so far as to say this lovely young woman later simply tried to cash in on Elvis' brief affection for her, but anything is possible in this grubby world in which we live. She was a local beauty queen herself, out there working it, so it's not as if he found her in a convent or something.  Also, we have no corroboration for certain key parts of the tale aside from the (then) young lady's word, and Elvis, ahem, isn't talking, so swallow this tale at your own risk. Still, it all appears to be legit. In any event, I don't really blame June for writing a book, getting a movie made, and all that goes along with that kind of publicity ride - she didn't do anything until the movie was discovered. June Juanico was lovely, Elvis had a thing for her, she was part of Elvis' life, and people like to know those details about the King. It is what it is.


It isn't that difficult to spot some parallels in this story with Budd Schulberg's "A Face In the Crowd" (1957), which tells a similar tale on a vastly greater scale. There is almost certainly no connection at all between that film's story and Elvis', but watch the two films and see if you can spot the same similarities that I did. You might be surprised.