Director Bernardo Bertolucci has been making controversial sex films for decades.  He did Marlon Brando's "Last Tango in Paris," probably the most celebrated adult film of the 1970s, and more recently filmed "The Dreamers" with Eva Green. Viewers of the latter film will agree that it is about as explicit as you will ever see in a mainstream film. The man has won a couple of Oscars and been involved in classics like "Once Upon a Time in the West" (1968), so nobody is going to question his right to make risky films about hot young things losing their virginity. He strikes paydirt once more with "Stealing Beauty" (1996).


Well, "Stealing Beauty" falls in line with "Last Tango" and "Dreamers." Essentially, the entire film is a lead-up to the deflowering of the Liv Tyler character ("Lucy Harmon"), who is determined to lose her virginity, though she's not sure when and how. How you view this film will depend a lot on how you view the young Liv Tyler. She was attractive, and at one point I, myself, had a film-star crush on her, as did many others. Those days are long gone, though I'm sure she's still as pretty and lovely as ever.


It being not that hard to lose one's virginity if one looks like Liv Tyler, "Stealing Beauty" proceeds along at a fairly predictable pace. Lucy muses, she flirts, she spends time with the eccentric locals (one lady pees on the floor in front of Lucy for some unfathomable reason), she almost goes all the way and then stops, and so on and so forth. There is a mystery involving her mother's diary that occupies her time. There are plenty of colorful Italian characters around for her to play off of, though the camera never strays too far from Liv's model looks. Some people claim that the sex scene at the end is one of the best ever filmed, though I find that difficult to understand. The sex scene is very discreet and rather prosaic, so indeed it is great if you want something, you know, "metaphorical" and "emotionally significant."


With sex scenes, though, there's a lot of competition over 100 years of filmmaking, so I will just say that Bertolucci did an awesome job with it (and Tyler too, of course). I suppose the sex scene is near the top of the list of beautifully shot romantic interludes in exotic places. The key to its value is that you spend an entire, gorgeous film leading up to it, so you get the film's, er, climax at just the right, um, spot. They teach all that stuff in film school, how you slowly build up the pace until you reach the pivotal moment (whatever it may be), and it is done exceedingly well in "Stealing Beauty."


The "Beauty" in the title is somewhat ambiguous and open to interpretation. It can refer to several different things. The obvious reference is to Liv Tyler and her beauty, and the fact that the boy she is with (and, really, everyone else around her) "steals" their fleeting time with her. More obliquely, the beauty may be the scenic fields and hillsides of Tuscany that dominate the cinematography. "Stealing Beauty" truly is a gorgeous film.


I like to think of it as director Bertolucci stealing Tyler's ephemeral charms for his film, a moment in time, and preserving them for all eternity. One could also think of the "beauty" as the beauty of life, which we "steal" during our brief time on earth. More remotely, one could say that Lucy's mother's beauty was stolen when she was impregnated with Lucy in virtually the same spot. Naturally, you get some very opinionated people who are aghast that you haven't even understood the title of the movie the way they have, you Philistine, even though they, themselves, have trouble articulating it clearly beyond foaming at the mouth about how Lucy is "a metaphor" (I thought she was a girl) and the beauty is "of the world" (well, what else is it supposed to be of, Mars?). Everyone will draw their own interpretations, that is how it should be and ever shall be with a great film.


Needless to say, you get some artsy interpretations of the title.  If you are unsure, I think it best to keep it simple, assume that the "beauty" refers to Liv herself, and drop it. There's a lot of natural beauty in the film and in life itself, and you "steal" it by voyeuristically viewing it without having created any of it yourself. That's what makes the world go 'round and is the principle source of pleasure in living.


I'm going to be cruel here and say that Liv really isn't that much of an actress. She carries the film in a naturalistic way via her looks and the constant anticipation that, yes, she is going to get it in the end. She's cute enough, in an earthy way, and she has a suggestive, knowing manner about her, but she's no startling goddess of love.  Liv's appearance is important because that's basically the only reason to watch the film - to appreciate the wonderfulness of Liv.  So her degree of beauty is vital. If she were ugly, I guarantee that very few people would care what she did or with whom she did it and this film would be completely forgotten.

.
Looking at the film today, I don't really see the big deal.  She has a rather plain, angular, face, broad shoulders and not too many noticeable curves. I'm sure there are legions of her fans who would disagree with anyone claiming that anything about her is less than absolute feminine perfection, and that's fine. I look at it as her representing any girl who is ready to move forward in life sexually, and leave it at that.


Everybody else in the case, particularly Jeremy Irons and Joseph Fiennes, is completely wasted in the film, though I'm sure they enjoyed their paid vacation in Italy.


There really anything more that needs to be said about the film.  Either you are ready to sit through the running time for the privilege of watching Liv Tyler act out a mild sex scene, or you aren't. There really isn't much else to hold your attention, unless you really, really want to see Tuscany filmed as beautifully as possible. 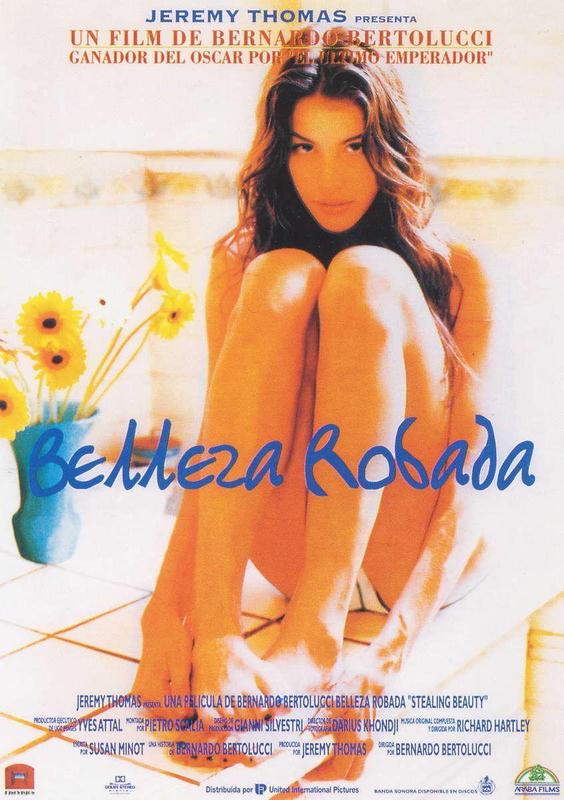