You will either love every minute of director Troy Miller's "Run Ronnie Run" (2002) from Burg/Koules Productions and New Line Cinema or find yourself debating whether it is, indeed, the worst film ever made. It's difficult to think of a middle ground. However, there is one thing about "Run Ronnie One" that is a sheer, timeless Hollywood classic, and that is Nikki Cox.

One can argue that "Run Ronnie Run" is a very loose reworking of Paddy Chayefsky's extremely literate and ground-breaking "Network" (1976). As in "Network," a complete idiot becomes a celebrity. However, that connection is probably completely coincidental, and fans drawn to this are highly unlikely to watch it because of any pretentious connections like that.

Here's a question to ask yourself: does the idea of watching a dog eating someone's vomit off the sidewalk - not once, but repeatedly in the movie, as like a running gag - sound amusing?  Do you "get the joke"?  If so, "Run Ronnie Run" is the film for you!

Nikki Cox is at her absolute peak in this film, with the trademark moves that Nikki uses in her television appearances. Watch Nikki flaunt her figure! Watch her devilish comic takes! I have a separate page with Nikki Cox pictures and trivia here. Look, either you "get" the Nikki Cox thing or you don't. If you do, give "Run Ronnie Run" a whirl.

"Run Ronnie Run" is a spin-off from the cult hit HBO series "Mr. Show." The film follows Ronwell Quincy Dobbs (David Cross), who has a unique talent for getting arrested. Kind of a strange talent, but that is the "farce" part of the film, a put-down of what it takes to succeed in Hollywood by going the TV-reality-show route. "Run Ronnie Run" is an early spoof of reality shows like "Survivor" (the actual parody shown here, "Elimination Island," actually is pretty funny and really skewers what the whole idea of "Survivor" implies). 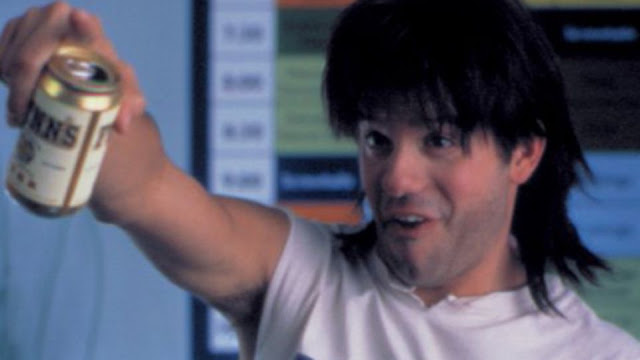 The film's scattershot aim, though, ranges far and wide. What other film is going to find a way to spoof the famous Dick Van Dike rooftop dance scene from "Chitty Chitty Bang Bang"? A running gag is a newscaster who sounds suspiciously like the phony radio station guy in the "Vice City" video games popular during the early 2000s. The screenwriters apparently were just putting down whatever came to mind, which gives the film a directionless feel and a lot of unexpected twists and turns. Those unfamiliar with the targets being lampooned will be mystified (why is he dancing on a roof like a chimney sweep?) However, if you are familiar with the pop culture references, you will instantly recognize what they are spoofing.

A British television personality (think "Home Shopping Network") looking for a gimmick, Terry Twillstein (Bob Odenkirk), "discovers" Ronnie and brings him to Hollywood to star in his own TV show. This leads to fame and fortune. The balance of the film shows how Ronnie adapts to his new luxurious life, while longing for his plain Jane ex-wife (Jill Talley) who he left back home.

There are celebrity cameos every few minutes by Mandy Patinkin, Sarah Silverman, Dave Foley, Jeff Goldblum, Jack Black, and others. One assumes they are all fans of "Mr. Show," and, of course, there are several appearances by characters from that show.

The studio was somewhat taken aback by "Run Ronnie Run." New Line shelved the film for several years, then quietly released it on DVD. That usually isn't the mark of quality, but sometimes an ugly duckling film finds its niche. "Ronnie" gives "low-brow comedy" a whole new meaning and has become a cult classic.

TV star Nikki Cox inexplicably shows up in a bikini midway through "Run Ronnie Run" in one of her few film roles. Now, Nikki Cox has had her ups and downs in life - no, I'm not making a snarky joke there - but when she was filming "Run Ronnie Run," she was most definitely in an "up" phase. In fact, it was one of the most "up" phases in celluloid history. Words do not describe the impact that a young, vivacious Nikki Cox has on the screen, only pictures will suffice, so take a look.

Nikki plays Kayla the "beer girl." "Run Ronnie Run" was filmed when she was still smokin' hot, not long after her television series role of Tiffany Malloy on "Unhappily Ever After ." Nikki's appearance here is greatly appreciated by all. Nikki also, by the way, is quite talented as a comedienne. She gets to lay some of her dry wit and crooked grins down in "Run Ronnie Run," but you'll hardly notice as she prances about in one revealing outfit after another.

There is a pool-party scene which encapsulates the tone of "Run Ronnie Run." Everyone (the scene is crowded with cameos from celebrities like James Woods) fawns over the imbecile Ronnie because he has a hit show. The (real) stars allow Ronnie to be obnoxious because he is a success, while the (real) celebrities themselves are portrayed as being as stupid as Ronnie's hometown white-trash friends. This is obvious commentary on the fact that money talks in Hollywood and the actual celebrities taking part appear to be quite pleased to be able to make that point about the utter crassness of Hollywood life. Puncturing pretensions is always in style in a hierarchical community like Hollywood.

So, along with everything else, "Run Ronnie Run" is a no-holds-barred parody of Hollywood aiming straight at the lowest common denominator. Everything is spelled out as explicitly as humanly possible to show how "real" it all is. A bizarre movie video stuck in the narrative may shock you. As a parody of sexy videos, it allows the film to wallow in its own filth while artfully deconstructing what music videos are "really" saying. As if we are dumb enough not to know that anyway, but the appeal to the lowest common denominator approach is commentary on its own. If there's a low point in this film, that's it, but it makes the intended point about how utterly superficial pop culture can be. 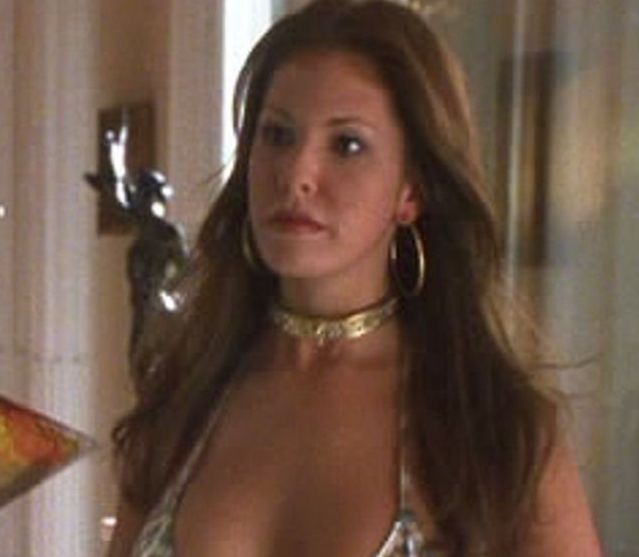 Of course, as satire, "Run Ronnie Run" takes all sorts of pokes at various things. There also are quite insightful comments that are made to sound as dumb as possible so that nobody is seen as "acting smart" or whatever. My favorite is Ronnie's "Eureka!" moment in the pool when he exclaims: "Jealousy: yeah! That's like women's Kryptonite!" Well... yes.

If you like "fart-joke comedies" with a heavy dose of satire, "Run Ronnie Run" fits the bill. Think "Joe Dirt," but more so. It is sort of an experimental film, to see how stupid you can make the characters and scenes and still draw an audience. It didn't work on its first run, but did pave the way for more polished attempts such as "The Hangover." And, "Run Ronnie Run" is remembered and treasured by its fans long after many contemporary films have been forgotten.

There is nothing pretentious about "Run Ronnie Run." This is an OK film if you just want to relax and watch characters who don't think at all, say stupid things, and act like the crudest of stereotypes. The film loses its focus completely about two-thirds of the way through when a rival TV show (led by R. Lee Ermey of all people) seeks its revenge on Ronnie for stealing its ratings. By then, you probably won't much care. Nikki is gone by then anyway.

There's a lot to be said for "Run Ronnie Run." Nikki Cox says most of it. If you want to see people acting as stupidly as possible, with a thin veneer of talent and insight just to remind us all that we really aren't as dumb as the people portrayed, you might have fun with it. I did. 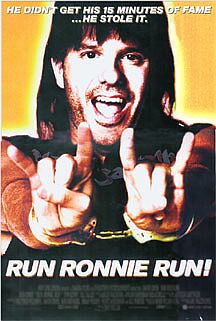