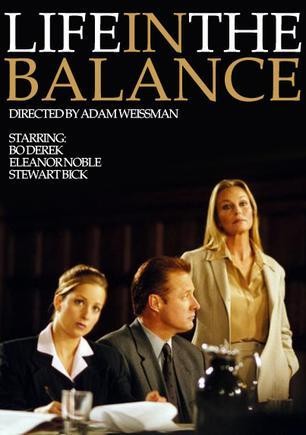 Anyone planning on going out of their way to see "Life in the Balance" (2004), directed by Adam Weissman, which plays occasionally on women-oriented cable channels, should first answer one question:


Do you like watching a mature Bo Derek? Well, do ya?

If you don't, no need to see this film, as it is all about Bo. Personally, I do enjoy watching Ms. Derek. She has aged well, though she clearly is no longer the temptress of "10" (but then, who from back then still is?). She carries herself well, and, while not the world's greatest actress, handles herself with dignity. 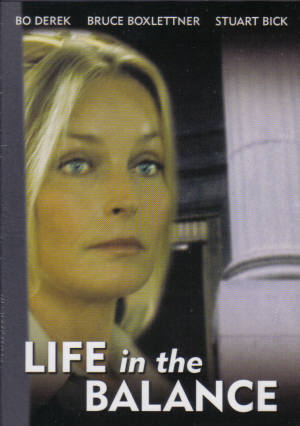 The plot of "Life in the Balance" is standard television-movie fare. Bo plays down-on-her-luck defense attorney Kathryn Garr, who represents Bruce Boxleitner. He is in jail for allegedly murdering his entire family. There is never really any suspense, and things are resolved clearly, so nobody is left with any awkward questions about innocence or guilt. Along the way, the usual personal crises are met and overcome, and some fancy police gadgets are demonstrated in a sort of preview of those graphic "Law and Order" crime-solving spin-offs. Director Adam Weissman keeps things flowing smoothly to their inevitable resolution. It is all paint-by-numbers television, done competently and with no surprises.

So, do you like Bo? If the answer is yes, you'll spend a pleasant couple of hours watching a beautifully filmed story.