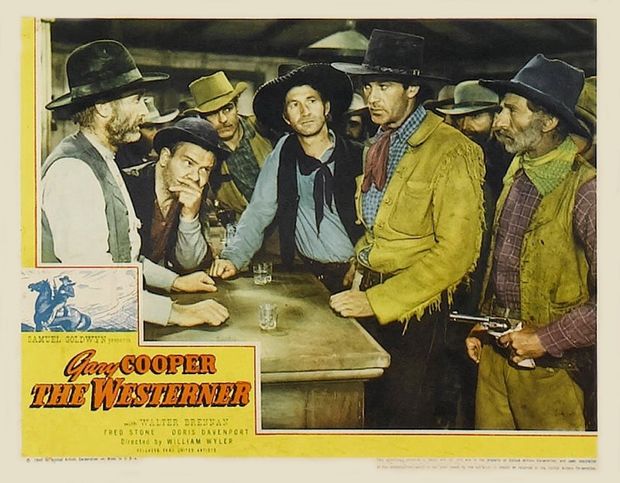 "The Westerner" (1940)may not be well known today, but it was a high-class production for the time. Gary Cooper absolutely is at the top of his game, and Walter Brennan turns in perhaps the best and most memorable supporting actor performance of all time. 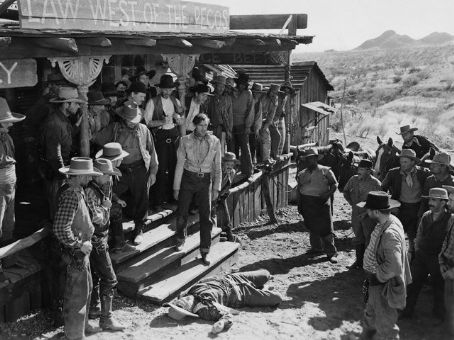 Hapless stranger Cole Harden (Gary Cooper) is found riding a stolen horse and brought before a kangaroo court presided over by the colorful Judge Roy Bean (Walter Brennan). As the Judge carefully explains, "In this court, a horse thief always gets a fair trial before he's hung." How Cole gets out of this seemingly hopeless predicament and rights things in the town of Langtry forms the core of the story.


Walter Brennan towers over this film. He pulls off so many classic bits that it's hard to keep track. One scene that stands out is when a local homesteader (the film's requisite feisty and sexy female, Jane Ellen Mathews, played by Doris Davenport) launches into a "Grapes of Wrath" speech about how the likes of Bean can't drive out the good people of the world. Brennan just looks at her quizzically as if he's suddenly found a dinosaur bone in the trash or something and completely overpowers the scene. It is a tour de force performance by Brennan, who easily steals every scene in which he appears (and some he doesn't). Gifted with one of the best-written characters of any Western, Brennan gives one of the most eccentrically brilliant performances ever - Western or not. Cooper is fine, but Brennan is finer. If they gave an Oscar for Best Supporting Actor performance of the decade, Brennan would have had a strong case here, richly deserving that year's Oscar that he did receive.


Naturally, the Judge, as the heavy, is the central figure of this story.  As Hitchcock would say, there's a McGuffin, and it's a woman, famous actress Lily Langtry (Lilian Bond). Who winds up with the McGuffin? Watch and see.


Cole has his own female interest, of course, in the person of Doris Davenport. Cole's love is a little more realistic than the judge's - but you never know who you might run into in the Old West.


Oh, there's a fight or two. The fun is all in the Judge's crazy fan obsession with the celebrity Lily Langtry, with the story making a good-natured and subtle poke at the types of obsessive fans who may have bought tickets to movies such as "The Westerner." 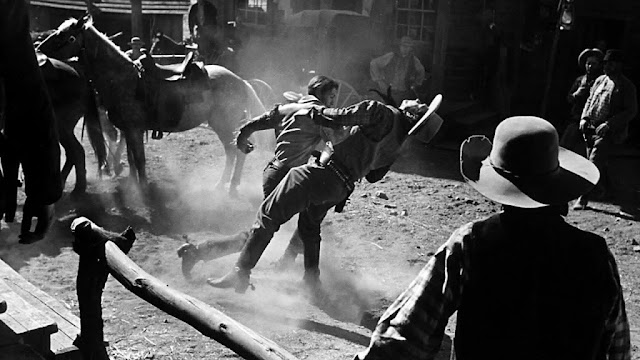 The story is trite - yes, it's the cattlemen versus the homesteaders yet again - and the film is about half an hour too long. The conceit of the Judge's obsession with Langtree is beaten to death over and over and over. But there are so many witty puns, amusing double-takes and even a truly classic flirtation between Cooper and Davenport involving a locket of hair, that one will hardly notice any flaws. Throw in Chill Wills, a young Forrest Tucker and Dana Andrews, and you have a highly enjoyable romp that shows the thinking of the characters and keeps the rote gun play to the bare minimum.


Every fan of old films should see this one at least once.