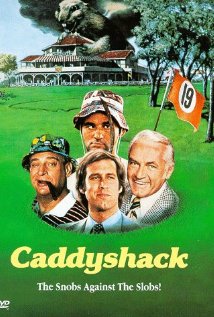 Some viewers claim that "Caddyshack" (1980) hasn't aged well.  However, they sure haven't tried to re-make it.  That says a lot about what Hollywood thinks about the unique quality of this film. 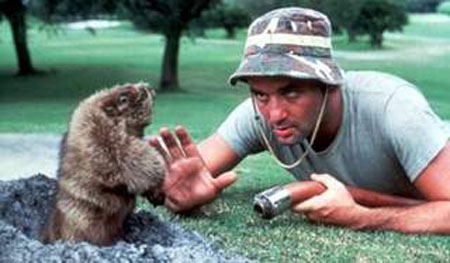 This is Ted Knight's movie. I know, I know, all anyone can talk about regarding "Caddyshack" is Bill Murray and Rodney Dangerfield and sometimes Chevy Chase. But Ted Knight makes this movie tick. I honestly think the man was one of the funniest actors of his day. Under-rated and typecast from the "Mary Tyler Moore Show," for sure, but a brilliant comedian. His slow burns, his raging outbursts, his comically pompous antics provide the perfect foil for everyone around him. 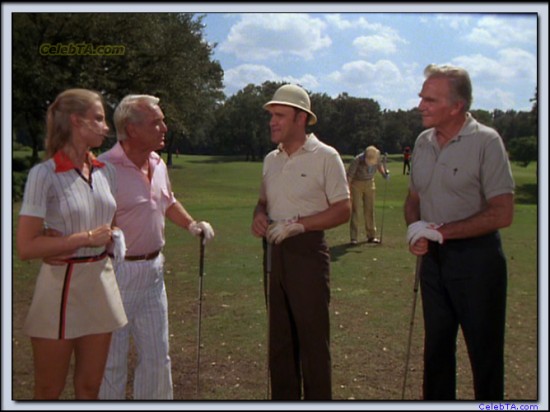 This film is a classic, for sure. The process of writing and filming the script must have been about as unusual as ever in the history of Hollywood. All you had to do was write, "Groundskeeper Spackler goes out at night with rifle to hunt gopher" and you didn't need to write any more - Bill Murray knew what to do with THAT kind of scene. Or "Al Czervik shows up at the snooty country club for the first time and ...." Well, you don't have to put in any dialog for Rodney Dangerfield, he knew what jokes would work there better than any screenwriter possibly could. He even gets in a line about getting no respect at one point. 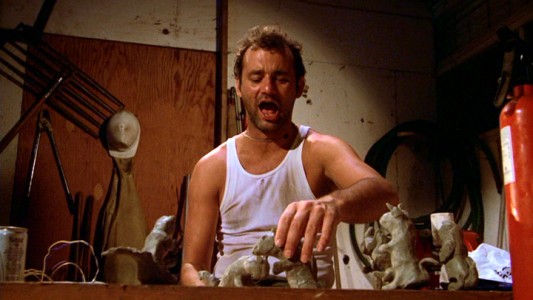 You can think of "Caddyshack" as a contrast between fire and ice. There is the raging fire of Ted Knight and Rodney Dangerfield vs. the icy perfection of Chevy Chase and Bill Murray. Too much fire, and the movie would run completely off the tracks. Too much ice, and you would switch the channel. Just the right balance, and you have "Caddyshack."


Some of the scenes and bits are dated, such as the "Japanese tourist" send-up and the synchronized swimming parody. Other scenes have aspects that are just screaming for a modern update, such as the yachting scene - in my opinion, still one of the funniest in the movie - that has several shots of random passers-by being affected by the action that are, well, kind of inexplicable, to me at least. The whole underlying caddy story kind of gets lost at a certain point, but that's understandable given how completely Rodney Dangerfield and the others take over this movie. Still, it creates a kind of black hole that leaves you wondering at the end just what the heck actually happened to the caddies, anyway. That is, after you stop laughing.


But you just don't get any better than Ted Knight's character yelling, "What are standing there for, get some glue!" after his boat's bow gets knocked off, or Bill Murray's Spackler summing up a memorable caddying experience with, "Big hitter, that Lama." And the dancing gopher who's smarter than the dimwit chasing him, now that's classic comedy. Or Murray skulking off the course after, well, blowing it up, as if maybe nobody will notice if he slinks off inconspicuously enough. Or the "Caddy's Day" sign that says that caddies are welcome to enjoy the amenities of the club that day - from 1:00 to 1:15, that is. 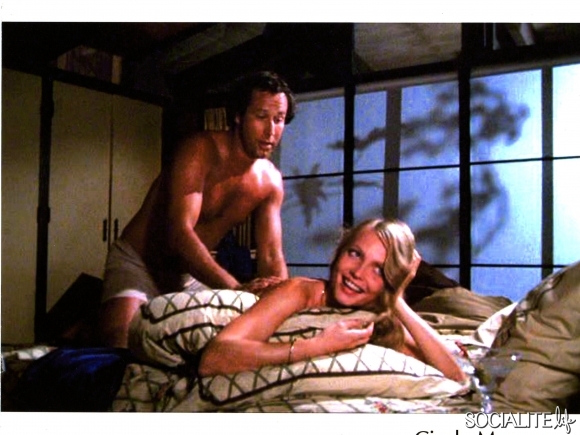 Surprisingly, there are a few sexy scenes. Cindy Morgan (later famous for "Tron") does a great job of playing the teasing golf girl who manages to distract just about everybody.


I know that Adam Sandler thinks this is one of the top 5 movies of all time. Maybe, maybe not. I definitely agree, though, that it was the best comedy of 1980 (yes, better than "Airplane,") and one of the top five of the 1980s (with "Ghostbusters," "Stripes," "Tootsie" and maybe "Airplane."). However, whereas the other films on that list had a pedigree and were expected to do well, "Caddyshack" virtually came out of nowhere. I know they technically didn't still make "B" movies in 1980, but this one fits the bill and is the best of its type, an almost underground comedy that just blew out the stops and made the film careers of Chase, Murray, Dangerfield, and Knight. 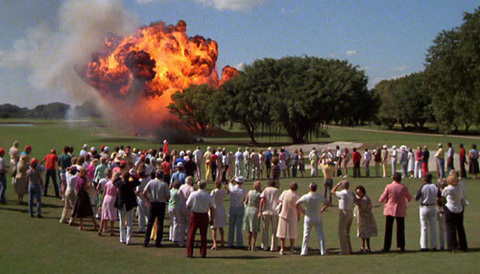 The ending is a classic. Definitely worth your time if you want to laugh out loud.