"Decision Against Time" (1957), starring Jack Hawkins, is a very simple film, and it is not giving a thing away to reveal that it concerns a test pilot trying to cope with landing a damaged experimental plane. After the engine of his test plane catches fire and it becomes only marginally airworthy, he single-handedly over-rides ground orders to bail out and ditch the plane and tries to save it. What happens next forms the core of the story. There are several things that make this film especially watchable, and I enjoyed it tremendously. 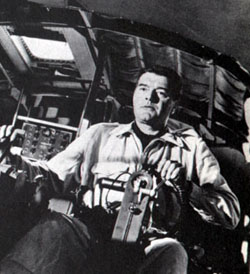 The best reason to watch the film is the fine performance by Jack Hawkins. He gives a wonderful portrayal of an ordinary man called on to go above and beyond the call of duty, and he manages to maintain a stiff upper lip throughout (call it what you will, that's a compliment, not a slur). 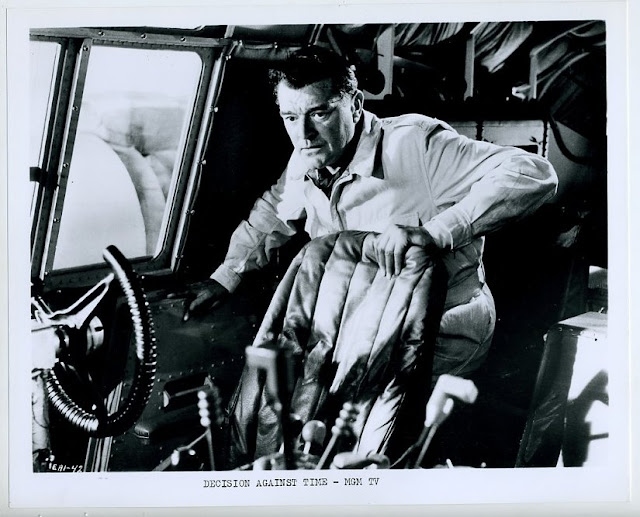 The film essentially is a character study, both of the Hawkins character and of the people flying with him and watching on the ground, and of his quite ordinary family. We get a range of emotional reactions, all rational but some diametrically opposed to each other. Everybody has a different interest in the outcome, some venal. I particularly liked how the children were handled, that is a tricky situation. And how do you tell your wife when you come home quite normally, to whom you have not spoken since breakfast, that you almost died today? The shots of the plane in the air are fabulous if you like classic airplanes, and the suspense is maintained until the very end of the flight. 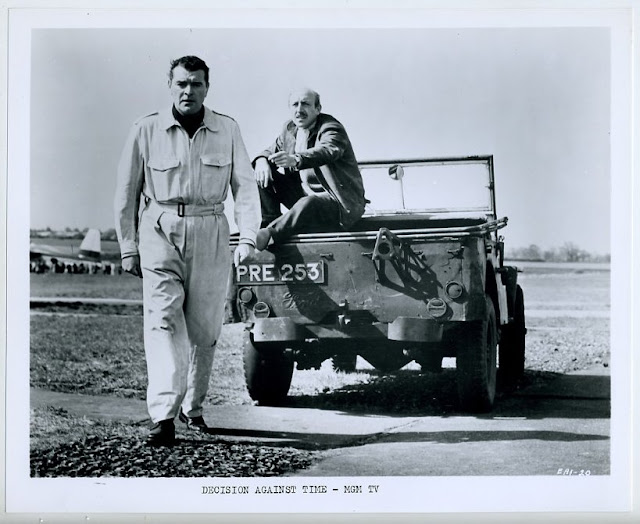 The scene I like the best is one in which Hawkins makes a long, strained walk to the aviation office, barely maintaining his composure after all the stress he has faced. I know what that is like, and Hawkins does a fabulous job of showing how built-up pressure becomes hardest to control only after the difficult task is done. A very human way to react. A brilliant acting job.

Notable also for being one of Donald Pleasance's first film roles - he always looked basically the same throughout his long career! - and the fact that this is a purely British film, made at Ealing, featuring British actors who fit their roles nicely. There are no false Hollywood touches, this is a straightforward tale with a clear resolution. Recommended.