Bill Murray was in between "Ghostbusters" movies and had some time to kill, so he decided to star in a modern take-off of Charles Dickens' "A Christmas Carol." Being Bill Murray, the project had to have his unique brand of wise-guy humor, so Paramount called it "Scrooged" (1988) and relied on his unique personality to sell the movie.  The result was one of the classic holiday comedies of all time. 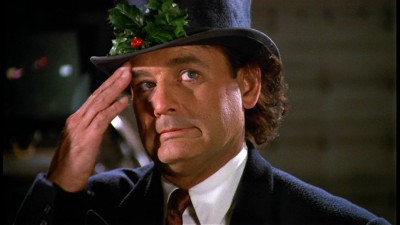 Murray plays Frank Cross, a (what else) wise-guy television executive. He has become wealthy and famous, but at the cost of becoming alienated from all those around him.

It is a few days before Christmas, and Frank is working hard into the holiday. His assistant, Grace Cooley (Alfre Woodard), is overworked and has to break plans to be with her family, which includes her mute son Calvin. Frank misses his long-lost love, Claire Phillips (Karen Allen), but he never lets things like personal feelings get in the way of his work. As usual, he intends to ignore the holiday except insofar as he needs to include it in his job. 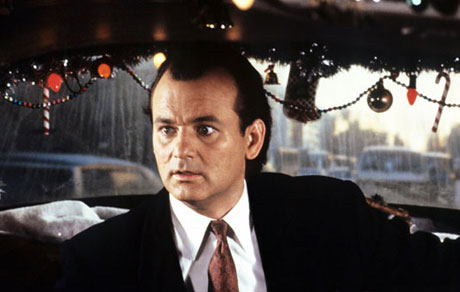 One of his underlings, Eliot Loudermilk (Bobcat Goldthwaite), unwisely criticizes one of Frank's decisions and is summarily fired on Christmas Eve. Frank's career, though, is in full swing, and he organizes a live broadcast of "A Christmas Carol."


Unfortunately for Frank, his life suddenly starts mirroring that story. He gets a visitation from a dead colleague who had been a mentor to him(John Forsythe), and then visits from the famous ghosts of Christmases past, present and future. 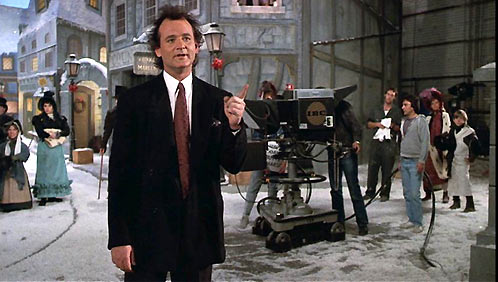 The characters of the three ghosts give the film its punch. David Johansen, Carol Kane and Pat McCormick show Frank in humorous but telling ways where he went wrong in his life. 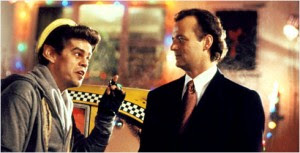 The film did not do particularly well on release, though it ultimately showed a profit. The film has an abrupt shift from being a typical Murray light comedy to quite dark reminiscences.  Murray himself is known for disliking the film while he was making it, but that is not unusual for him. Perhaps he felt that the light tone should have continued throughout. As is often the case with him, he fought with director Richard Donner. Donner, of course, was more of an action director, so Murray and his comedian pals who wrote the script (Mitch Glazer and Michael O'Donoghue) may not have thought the comedy part was emphasized enough.  It still is a very, very funny film.


Fans of the '70s and '80s will spot several celebrities of the era in "Scrooged." These include Lee Majors, Michael J. Pollard, Mary Lou Retton and many others. Basically, whoever was in the studio canteen that day wound up in the day's footage. 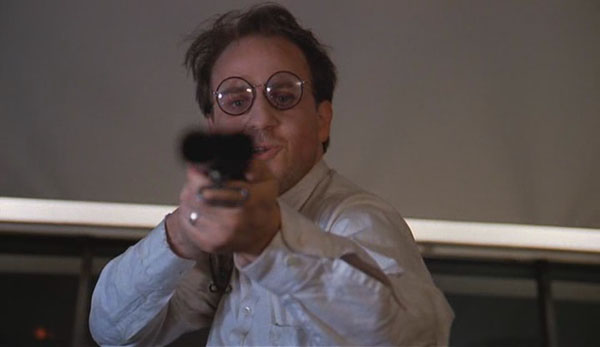 The message of "Scrooged" is very positive, and many consider this their top holiday film. Danny Elfman did the score, and the ending will grab you. "Scrooged" is worth watching when you need a few laughs during the holiday season.