Brigitte Anne-Marie Bardot (born 28 September 1934) is a French former actress, singer and fashion model. She is best known these days as a fervent animal rights activist. 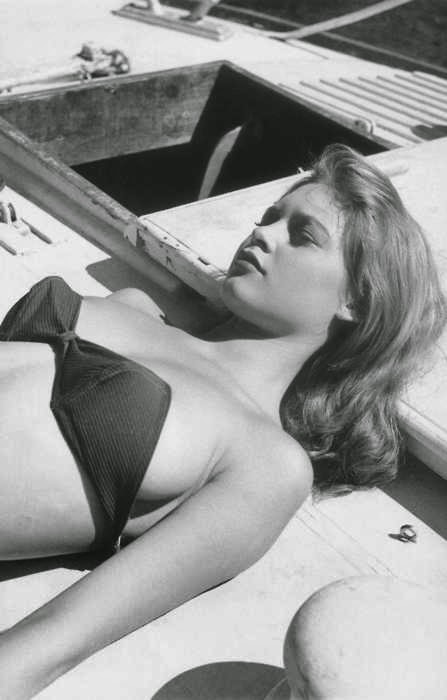 Brigitte was born in Paris. She took dancing lessons as a girl, and eventually went to the prestigious Conservatoire de Paris. She became friends there with Leslie Caron. While there, she started modelling. Young film director Roger Vadim spotted her, but not because of her work; it was while she was picking up extra cash babysitting.

Vadim himself eventually became famous for the women that he married, which included Bardot and Jane Fonda. He took some of Bardot's pictures to another director, who cast her in a film that was eventually cancelled. Bardot was on her way.

Bardot's first film was the 1952 "Crazy for Love." She embarked on a series of films, seventeen in four years, an extraordinary number, especially for an ingenue. Many of the roles were bits - 'the girl in the bikini' - but they got her noticed. She enhanced her fame with scandalous appearances at the Cannes Film Festival, basically beginning the use of that venue to further one's career with salacious 'stunts.'

Most of Bardot's early films were French works little noticed overseas, but she did have a few English-language ones, cinluding bit parts in "Helen of Troy" (1954) with Dirk Bogarde and "Act of Love" (1954) with Kirk Douglas. Vadim was starting to gain some cachet, and he soon found a breakout project.

"And God Created Woman" (1956) is one of the classics of French cinema. Bardot played a scandalous teen in a small French town. The film concluded the transition of Bardot from babysitter to national sex symbol.

Bardot divorced Vadim and married fellow actor Jacques Charrier in 1959. They had a boy together. By this time, Bardot was iconic and a constant fixture on magazine covers around the world. 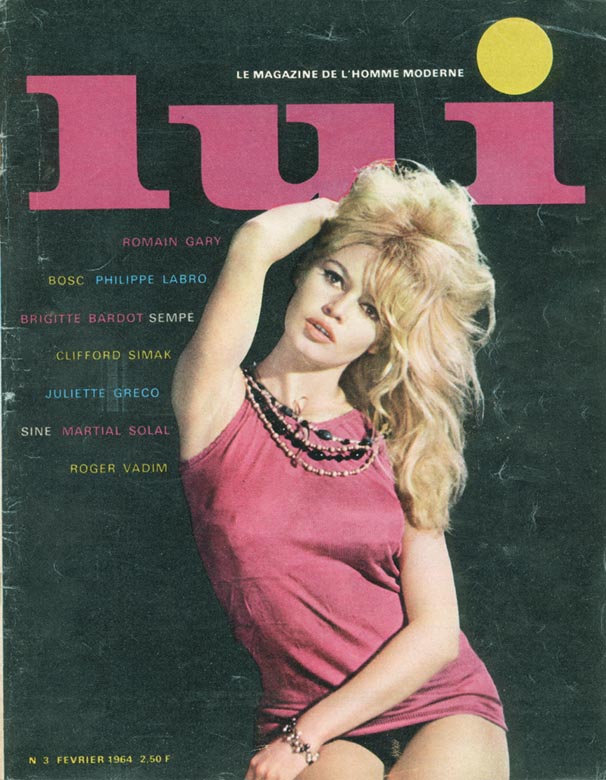 Many other classic films followed, almost all French. She worked with all of the top talent in the New Wave French cinema, such as Jeanne Moreau, Alain Delon and Claudia Cardinale, among many others.

Bardot also was a singer and worked in musicals and released many records in collaboration with top artists. She is best remembered now for "Je t'aime... moi non-plus," which was not released when recorded but only many years later, when it became a big download hit.

Bardot always had a somewhat free-spirited personal life. She had numerous affairs and became an outspoken animal rights activist, which has led her to a continuing influence on French policy. She also criticized the immigration of Muslims.


She had personal issues that resulted in a suicide attempt and various other incidents. Bardot essentially retired in 1973, but remains an iconic French celebrity to this day who routinely meets new heads of state to discuss her concerns about the proper treatment of animals. Nobody to this day turns down the chance to meet Brigitte Bardot.


Brigitte gets a lot of attention these days for her political views. She is well-known in France for being a supporter of animal rights and against the deterioration of native French culture. Brigitte Bardot continues to make news today.

The following are informal shots of Bardot hanging out in a bar somewhere, probably South France, in 1968.